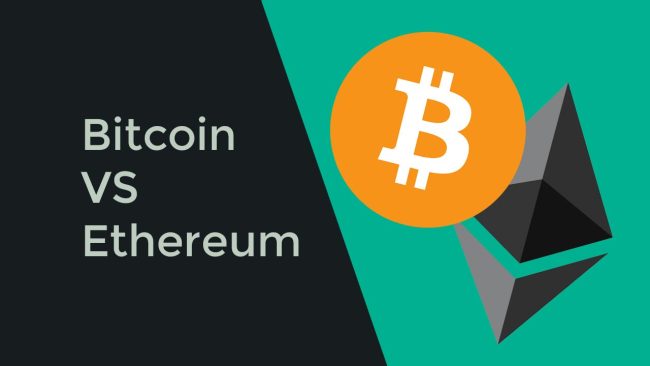 Bitcoin! You probably heard of it. It’s a cryptocurrency (a digital currency in which encryption techniques are used to regulate the generation of units of currency and verify the transfer of funds, operating independently of a central bank.) Investors have been super bullish on Bitcoin, because it’s nearly tripled in value so far this year.

But there is a new player in this crytocurrencies game. The name is “ETHER”. There’s an arms race going on in this world of cryptocurrencies. Bitcoin & Ether are leading the pack. “ETHER” is a 3 year old digital currency (Bitcoin closest competitor) But Ether is 4000% up YTD.

They have a lot common in between them. These are both open-source digital currency. It is used to make somewhat anonymous transactions. While they are both powered by a technology called “BLOCKCHAIN” (a digital ledger in which transactions made in bitcoin or another cryptocurrency are recorded chronologically and publicly.) Blockchain is like the DNA of a digital currency.

Since digital currency has no imprint. Blockchain allows money to be tracked all over the web. So it can’t be copied. Ether’s blockchain is called “ETHEREUM”. But unlike bitcoin’s blockchain it features a key technology called the “Smart Contract”. It doesn’t just track transactions, It Programs them.

We a have touch of this now with automated payments and deposits. But imagine being able to have your money Invest, Spend & Save all of its own. You would literally be putting your money to work for you. “Smart contracts” lets you exchange not just money… but property, stocks or anything without having to go through a lawyer, notary or some other service provider. It’s cut out the middle man entirely. That’s why investors have taken a notice & may think Ethereum is stronger and potentially more lucrative technology. Hence where bitcoin is more of a payment technology, ethereum’s blockchain technology has real world applications, ranging from gambling to banking. That’s why a big drive of Ether rally because of its popularity among big corporates.

Therefore for all the transaction bitcoin has been getting, it’s no longer alone in the cryptocurrency game.

I am an Investment Professional having knowledge and skills in capital & bond market, Banking & finance as well as marketing. Apart from this am also a tech enthusiast, likes technological stuff as my hobby. I am also a reviewer at Google Maps. View all posts by Soham Sharma

2 thoughts on “A new competitor of Bitcoin: “ETHER””

This site uses Akismet to reduce spam. Learn how your comment data is processed.

I am an Investment Professional having knowledge and skills in capital & bond market, Banking & finance as well as marketing.